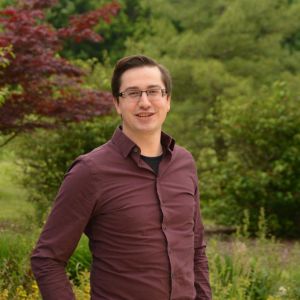 We are pleased to announce the hiring of Joshua Konow as Federated's new Director of Music Ministries. Joshua was most recently Director of Music at Westlake United Methodist Church and is the director of the True North Chamber Orchestra. He has degrees in music from Manhattan School of Music and Cleveland Institute of Music.

At Federated, Joshua will direct both the Chancel Choir and The Ensemble, and will oversee all other aspects of our music program. He will serve as a full-time staff member, involved in weekly worship planning as well as other activities including music and church life. 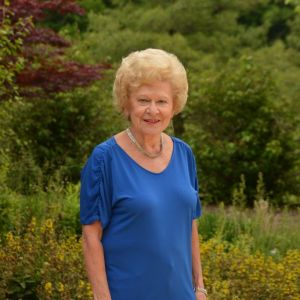 Marcia hails from Sharon, Pa. where she started piano at five and became a church organist at twelve.

While at Case Western Reserve University, she completed chemistry studies as well as a graduate program in classical organ.  She was a Research Chemist at BP Research for many years and at the same time Director of Music at Valley Presbyterian Church in Bainbridge.

Marcia has been the Organist at The Federated Church since 1994 where she accompanies the choirs, instrumentalists, soloists and coordinates special music programs.  She is also the Music Director for Chagrin Falls Performing Arts Academy and does free-lance accompanying for Chagrin Falls schools and numerous community and professional theaters.

She is married to Gregory Polyak and their blended family boasts ten children and twenty grandchildren.

Pat was born and raised in St. Louis, Missouri and is a graduate of Truman State University with a degree in Music Education. Her master’s degree in Theatre and Music is from Carthage College in Wisconsin. Raised in the Presbyterian Church, she has been involved as a Sunday School Teacher, Bible School teacher, Choir and Drama Director at various Presbyterian and Methodist Churches in the Midwest. Pat joined the Federated Music Ministry team in the fall of 2008 as Director of the Children's Choir for students in grades 1-6.

Pat retired from her position as music teacher and department chair for the Chagrin Falls School System. She lives in Solon with her husband, Tom.

Thaddeus grew up in nearby Aurora, where he cultivated his love of music. He played saxophone for eight years, studied piano, rang handbells at his church, and entertained his Boy Scout Troop with the tin whistle and harmonica. While away at college, he taught himself guitar and played in a variety of bands.

In 2003, Thaddeus graduated from Ohio University with a degree in Computer Science. He moved to Chagrin Falls with his wife, Dorothy, and they joined Federated Church. He took over directing duties of the Bell Choir in the fall of 2005, after previous director, Harriett Rogers, announced her retirement. Since then, he has shared all of his instruments with Federated and joyfully welcomed two sons into his family.